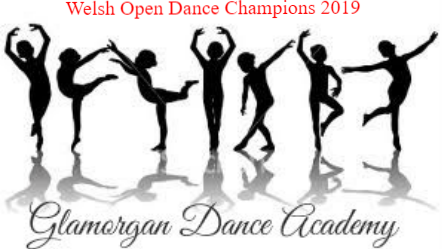 
January 2015
Well done to pupils from the academy who are competing in competitions throughout the  UK in 2015 with The Glamorgan             Junior Dance Company.


February 2015
Congratulations to our pupils bringing home  troupe trophy ,four gold and three silver medals from their first ever competition
held in Port Talbot this month!!

May 2015
MERCIA  DANCE FESTIVAL
Pupils once again attend competitions in Birmingham bringing home medals and had a fantastic time with the cast of Dance   Mums UK. All attended the Mercia Dance Festival  Co    ordinated by Stage One Productions South Wales

ALL STAR DANCE AWARDS
STAGE ONE PRODUCTIONS SOUTH WALES
Pupils from Glamorgan Dance Academy and Junior Dance Company won Trophies , Gold and Silver medals at the All Star  Dance   Awards, The competition which was held in Ebbw Vale was organised by Stage One Productions , Based in South Wales.
The competition was the only televised event in Wales for the  second series of the popular Dance Mums UK with Jennifer Ellison.
The pupils competed against the talented young dancers from JEDT based in Liverpool.
You can see what happens at the event on episode 7 of the programme which is due to be screened on Lifetime channel during t   the autumn 2015

June 2015
Congratulations to all fifteen pupils who took graded ballet examinations with the United Teachers Of Dance.
100 % PASS RATE !!!
All examinations are accredited to the Council of Dance Education and Training.
Glamorgan Dance Academy are the only dance school in South Glamorgan  to offer graded examinations of this kind  with this association.


July 2015
Academy show for all pupils end of year show


August 2015
Our older pupils will take part in a Lyrical dance workshop with the amazing Sam Dennis from Dance Mums UK
and her choreographer . There will be a Question and Answer session after the class with Sam and her mum Charlotte.
places are still available to book through the ticket line link available on the poster on our main page.
Juniors from the Academy will perform at Oakwood Park in August .


Saturday 8th and 15th August
Cardiff Academy
Bring a friend day and new pupil introductory classes
If you wish to try you child at one of our classes ready for September please complete and submit the form below stating your  childs name and age.
Names must be submitted by July 30th 2015

Saturday September 5th
A new Dance year begins !!
Classes will begin on Saturday 5th September in Whitchurch at 9.30am
New Competition season coming up!!
Graded Examinations and Medal Tests to be held this term .

December 2015
All Pupils pass Grades Primary and One Ballet Exams and Medal tests with 100% pass rate Once More !!

January 2016
New Term Competition  Season to Start in May , Exams, Performances and events  exciting times ahead for our pupils !!


February 2016
Thrilled to be taking part in two workshops this month with the girls from Dance Mums UK !!  February 19th
Sam Dennis I AM SAM 2016 Tour comes to Cardiff. The star from Dance Mums UK will present a Lyrical workshop with her choreographer.

February 2016
Little Aleah and her mum Danielle from Dance Mums UK  will come to Cardiff for  her workshop and meet and greet at Glamorgan Dance Academy
Both appearances are the only ones to be held in Wales !!!

March 2016
Pupils travel too London for the "MOVE IT " Dance Exhibition.
One our young dancers dance for Dance Moms USA star Abby Lee Miller at the exhibition and has an invite to dance for Abby at her London Hotel along with dance star Brynn and Dance Moms choreographer Guy Groove and pop star McKenzie Sol.

April 2016
Big changes at Glamorgan Dance Acdemy !!!! Out with the old and in with the new

May and June 2016
Pupils sweep the boards at the Welsh Open Dance Championships held in South Wales. We have several Welsh Open title holders. And the same happened at the All Star Dance Festival which was held in June in Bristol.

July  and August 2016
Summer show success for all pupils and some very sad goodbyes .
Pupils attend Summer school at  home of Dance Mums UK  Jelli Studios run by dance Mums UK star Jennifer Ellison.
Some of our dancers will perform at After Dark Oakwood Theme Park on Saturday August 6th
​The biggest and best Dance Masterclass to be held in Cardiff Ever details released very soon !!!!
Nazene Danielle of  Dance Dynamix Dance School Liverpool held a very successful Master Class in  August in Cardiff .
Our pupils were some of 48 young dancers who travelled from all over the UK  to attend the four hour master class.
The dancers danced with three of the  Dance Stars from the TV  programme Dance Mums UK  Chloe Greenwood, Molly Thorpe Franklin and Chloe Fenton.
All are pupils of Miss Nazene and have just returned from the Dance World Cup holding many titles from the championships.
Chloe was also one of the starts on Britains Got Talent series 2016
Molly previously appeared on Step Up To It and currently appears on Game Changers with Kimberly Wyatt.
All the dancers had an amazing day and learnt so much from the class.

September 2016
Our new term begins with our first intake of new pupils for 2016
Next intake will be October with the start of our new classes in new venues.
Our pupils embark on their toughest training yet at the Stage One Associate classes with Nazene Danielle.
​
October 2016
Well done to our pupils who attended The All Stars Dance Festival. Lots of medals and trophies  brought home.
Plus and exciting  workshop with Dane Bates choreographer to Britain's Got Talent Semi Finalist Jack Higgins
​
January 2017

Some of our pupils continue their Monthly Associate Classes with Dance Mum's Coach Nazene Danielle Principal of Dance Dynamics Studio in Liverpool. The associate class members are now training with Nazene for a number of events  during 2017 very exciting .
February 2017
Well Done to our pupils Maddy and Aaleigha winning a gold for each solo and Silver and Bronze each at the All Star Dance Festival Bristol this month.
April 2017
Pupils from the Academy attended All Star Dance Festival in Cardiff.
Our Junior group after only four months of classes for some of them won bronze medal third place
While soloists won First place Golds for Lyrical Third place Bronze for Acro and First Place Gold for Acro Duet and overall highest mark of the competition
June 2017
One of our Juniors and associate dancer travelled to London to compete against dancers from that area.
Aleigha won third prize for her acro solo and got to perform her new lyrical routine,

Eastenders star and ITV's Dance Dance Dance Winner Jonny Labey is coming to Cardiff and our pupils will be taking a class with him.
Look out for news updates on the days events coming very soon.
We are very pleased to be associated with Stage One Productions. The only Dance events company in Cardiff to bring the top choreographers to South Wales to provide amazing opportunities for local dancers.

Some of our pupils attended Summer classes hosted by Stage One Events Cardiff and Dance Dynamix Events Liverpool
Actor and Dance Dance Dance winner Jonny Labey taught a dance workshop in Cardiff where over 40 young dancers attended. All the dancers enjoyed the class and learnt so much much from Jonny, We cant wait for him to come back to Cardiff for another class.
In the same week our dancers travelled to Liverpool to take part in a dance convention based on Dance workshops held throughout America.
Classes were taken in contemporary with Nazene Danielle, Commercial with Fortune Jordan and the amazing Brian Friedman.

Some of our pupils had an amazing time at Move It in London. and this year got to meet these famous people
​ 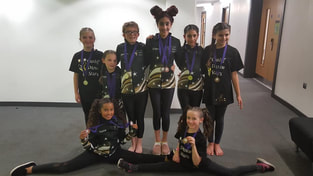 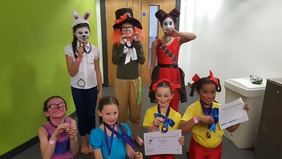 We currently have two Group Welsh Champions , A Championship Trio and Bronze Group winners aswell as Solo silver medal winners after competing in the Welsh Open Dance Championships held in June.
Our pupils beat three London Dance Groups  and we are so proud of them.
Powered by